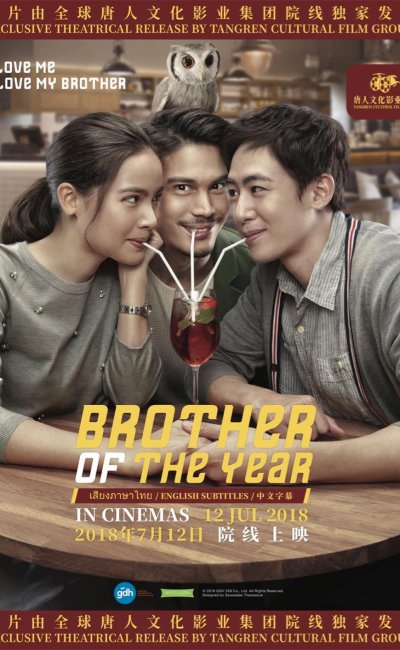 In the movie, the incompetent brother and outstanding sister are born to fight with each other. The brother is a trouble maker, and he can only put his sister in an awkward position. He enjoys driving his sister’s boyfriends away. This time, the sister finally meets her Mr. Right. However, the brother is still going to be the stumbling block in her sister’s love story.

This is a story between brother and sister. The sister is way better than the brother in every aspect, which makes the brother feel down on himself with low self-esteem. The way for the brother to pick himself back up is to cause difficulties to his sister’s boyfriend.

最佳次品 Brother of the Year